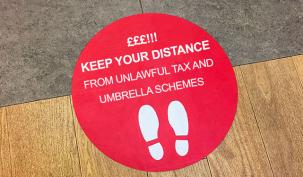 HMRC has warned contractors not to be fooled by unlawful tax and umbrella schemes advertising unusually high rates of take home pay.

As the deadline for sweeping IR35 reforms in the private sector draws closer, HMRC has launched a new campaign against tax avoidance and ‘dodgy’ umbrella schemes. 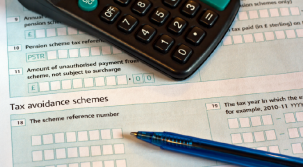 Like the Panama Papers before, the latest leak on the tax affairs of the world’s rich and powerful show that the tide is turning against tax avoidance schemes.

There is no suggestion that those implicated in the leaks did anything illegal, the Paradise Papers have reignited a public debate about the global structures that facilitate tax avoidance.

The leak has led to a further blurring of the line between legal tax avoidance and illegal tax evasion. It has also caused serious reputational damage for dozens of individuals and multinational companies.

Last week, MPs warned that the quality of customer service at HM Revenue and Customs (HMRC) was so poor that it could be could be costing the country money.

In a strongly worded report, members of the Public Accounts Committee (PAC) accused the tax office of only answering half of the calls to its customer service team. MPs also cautioned that those running tax evasion and tax avoidance schemes were “running rings around the taxman".

Committee statistics said that HMRC responded to 72.5 percent of calls in 2014-15, a rate that dropped to 50 percent in the first half of this year.

Although the customer services team have a target of answering 80% of phone calls within five minutes, the damning report said that operators were only getting to 39% in this time.

The Chancellor of the Exchequer has just completed his Autumn Statement on how the UK is going to manage it's deficit. 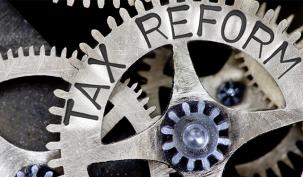 Following an independent review of the controversial loan charge, the Government has launched a consultation on how it can tackle the use of these arrangements.

The loan charge was applied to contractors that participated in so-called ‘disguised remuneration’ tax avoidance schemes. In many of these schemes, contractors were effectively paid using ‘loans’ which did not have to be repaid.

The new rules on travel and subsistence (T&S) tax relief came into force on 6 April. In the same week, unethical but legal tax systems, benefitting the very top of society, were exposed in the Panama Papers.

Umbrella.co.uk director Miles Grady explains why we need a change.

Last week was characterised by two big bits of finance news. The start of the new tax year brought planned T&S tax relief restrictions into force for many contractors.

The recent HMRC Tax Tribunal involving Glasgow Rangers football club and their use of Employee Benefit Trusts (EBT's) failed to deliver a unanimous verdict and actually resulted in the majority of votes being in favour of Rangers.

Jimmy Carr and some members of Take That (excluding Robbie Williams) are included in the highly paid entertainers who have been reported as benefiting from reduced tax payments by following cleverly thought out schemes recommended by their accountants.