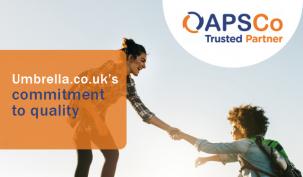 Nick Holmes, CEO at Umbrella.co.uk, said: “We are proud and excited to announce our membership status move to Trusted Partner is now complete.”

APSCo (Association of Professional Staffing Companies) is the regulatory body for recruitment businesses and as a Trusted Partner, Umbrella.co.uk is monitored and regulated by APSCo’s guidance. All members commit to a strict Code of Conduct and pass an external quality check with clients and candidates. 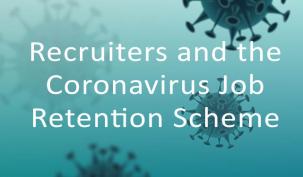 We are awaiting further information from government in relation to the Government’s planned job retention scheme / furloughing workers receiving 80% income.

We are hoping that the job retention scheme will be applicable to umbrella, but we do not actually know for certain at this stage.

The situation is changing on a daily basis and we will keep you informed of all developments that we are aware of. 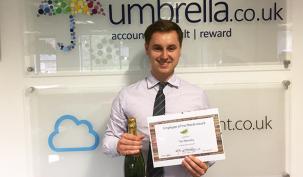 The accolade of “Employee of the Month” was presented today to Tom Bescoby. Tom has been with Umbrella.co.uk for almost three years and is one of our hardest working Account Manager’s. Tom’s personable and friendly disposition ensures that he’s always engaging with our clients. Tom receives a glowing recommendation from many of our clients who benefit from his fast, efficient and reliable service.

Richard Perch, Account Director, who works alongside Tom said “Presenting this award to Tom was a real pleasure. He’s a real inspiration to the industry and we’re very proud of him. We hope he enjoys the Champagne with friends and family. Working alongside Tom I can testify as  to how passionate he is in trying to deliver the ultimate service to our clients”.

IT security is big business. With cyber attacks costing companies an eye-watering $445bn globally last year, and new UK and EU privacy regulations coming into force, organisations of all sizes are finally taking steps to protect their data and intellectual property.

This new-found sense of urgency is creating an unprecedented number of opportunities for those with expertise in the field. Indeed, recruitment firm Stott and May has reported that cyber security professionals are “currently in incredibly high demand – and accordingly in limited supply.”

The much-talked about skills shortage seen across sectors of UK Industry continues to trouble employers in a variety of work areas. Getting hold of the right staff, with the right skills, training and experience is proving a testing – and lasting – challenge to the HR functions of businesses throughout the UK. 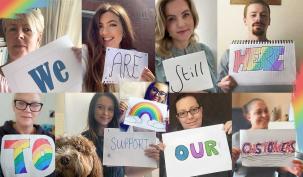 Umbrella.co.uk staff are still working hard to support our contractors and agency partners from home. We would like to thank you all for your patience and look forward to being safely back together in the office. If any of our agency partners would like some virtual team training or are just missing our faces, our business development team is available to support our agency partners. If you are a contractor with a query, be assured that our full customer service team is active. So, get in touch, they’re waiting to help you! 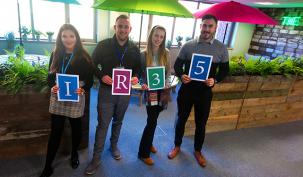 Our new recruits here at Umbrella.co.uk are ready for IR35! Are you?
IR35
/
Contractor
/
private sector
/
recruitment
/
umbrella
/
Legislation

Contact us here at Umbrella.co.uk for your Umbrella solution.

We can help you with the transition and get you set up so you can use our great rewards package BEFORE you are even payrolled with us!

Internet and telecoms company TalkTalk was the victim of a “significant and sustained” cyber-attack last week, which could have compromised the personal details and bank account information of thousands of their customers.

Police in Northern Ireland have arrested a 15-year-old boy in connection with the attack, which is just the latest in a string of cyber insecurities.

As more companies wake up to the dangers of cyber-crime the demand for skilled IT contractors is on the rise.

If you’ve taken a taxi recently, there’s a high chance it might have been an Uber car. One of the most impactful start-ups in recent years, a hidden fact behind Uber’s inexorable rise has been its total reliance on contractors. There are something like permanent 2,000 employees on the Uber payroll, compared to nearly 160,000 contractors.

So what can the Uber example tell us about contracting in the 21st century economy? Umbrella’s Operations Director Neil Armitage gave us his thoughts: “Uber is a really specific example of an ‘on-demand’ style of business. They can recruit contractors in waves as and when. Drivers, tech experts and back office staff. That suits their business model, so it is a somewhat nuanced example.”

Umbrella-Company Limited, who operate under the trading name umbrella.co.uk, are currently recruiting a number of Business Development Managers (BDM’s) to work in either their new London Office in Aldersgate or their South Manchester Head Office on Manchester Road in Wilmslow.

The Super Deduction Explained
Limited Company Contracting in 2021/22? Time for a Rethink
How to choose a compliant umbrella company
Budget 2021: End of the road for inside IR35 contractors
IR35 for tech contractors: What you need to know