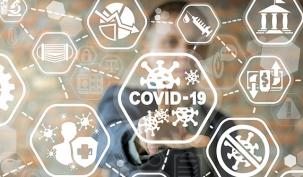 Government guidance issued on 4 April confirms that Company Directors are eligible to be furloughed and receive support through the Coronavirus Job Retention Scheme (CJRS). This is welcome news as Directors could get paid 80% of wages, up to a monthly cap of £2,500.

If the furlough option is followed, the Director may not work for a minimum 3 week period and may only carry out statutory duties set out in the Companies Act 2006. The decision to furlough should be formally adopted as a decision of the company, noted in the company records and communicated in writing to the Director(s) concerned.

If you require further information regarding furlough, please email furlough@umbrella.co.uk or follow the following useful links:

Keep well and stay safe. We will continue to update you with any relevant information.

The UK’s improving financial performance has been helped, in a large way, by contractors. That is one of the conclusions offered in the RSA’s (Royal Society for the encouragement of Arts, Manufacture and Commerce) recent report on how small business benefits the UK’s economy.

Small businesses, the rise of the self-employed and the role of contractors were all factors in driving UK productivity and righting the titling ship in a post-2008 Britain.

Umbrella’s Louise Sayers had this to say on the report’s findings: “Well at Umbrella HQ we are often singing the praises of contractors, so this report chimes perfectly with that! Its just further affirmation of the positive role contractors play in our economy bouncing back and improving year on year.”