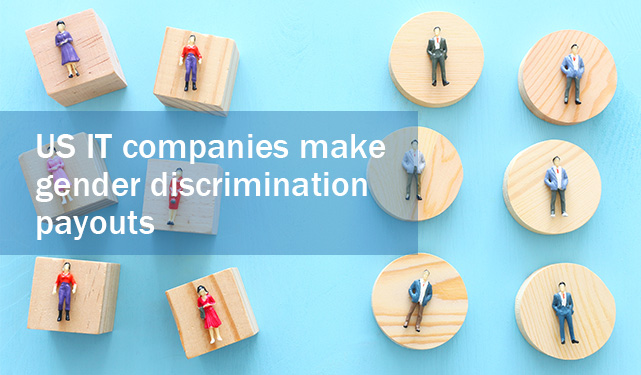 A series of high-profile technology companies, including Google and LinkedIn, have made huge gender discrimination payouts to female employees, but could it accelerate the shift towards equal pay in the UK?

Technology giant Google has agreed a $118 million payout to female staff who were paid less than male colleagues. The payment brings a five-year lawsuit to a close in a case that included approximately 15,500 female claimants.

The Google case followed hot on the heels of a case at Microsoft-owned LinkedIn. LinkedIn agreed to pay 686 female employees more than $1.8 million after settling gender discrimination charges with the US Department of Labour.

The lawsuits do not include any UK-based employees but could act as a catalyst for action to tackle the gender pay gap in British companies, particularly in the IT sector.

According to the latest figures released as part of the UK Government’s gender pay gap reporting mechanism, which includes contractors, women in the UK were paid 90p for every £1 earned by a man.

Analysis carried out by the Chartered Institute of Personnel and Development (CIPD) found the sector with the largest gender median pay gap was construction, where female employees received just 76p for every £1 earned by a man.

Women in financial and communication sectors are also paid less than average compared to men, earning 88p and 83p respectively for every £1 earned by male counterparts.

The smallest gaps are in health and social work, equivalent to 98p for every £1; arts, entertainment, and recreation (96p), and transportation and storage (95p).

Charles Cotton, senior policy adviser for reward and recognition with the CIPD, said the “figures show that very little has changed when it comes to addressing the gender pay gap in Great Britain”.

He added: “Employers shouldn’t just report the numbers; instead, they need to understand the reason for any gap and be transparent about how they plan to tackle it.”

All companies and organisations with 250 or more employees or contractors are required to file a gender pay gap report.

Miles Grady, director of Umbrella.co.uk, said: “We’re unlikely to see a US-style collective lawsuit in the UK, but companies need to take responsibility on this issue.

“A significant majority of UK contractors are men, but we are seeing more women make the shift to flexible employment. It’s important UK employers don’t overlook contractors when they’re making decisions on how to bridge the gender pay gap.”

For more information about our employment and accountancy services for contractors, speak to a member of the team today. Call: 01625 544 460.