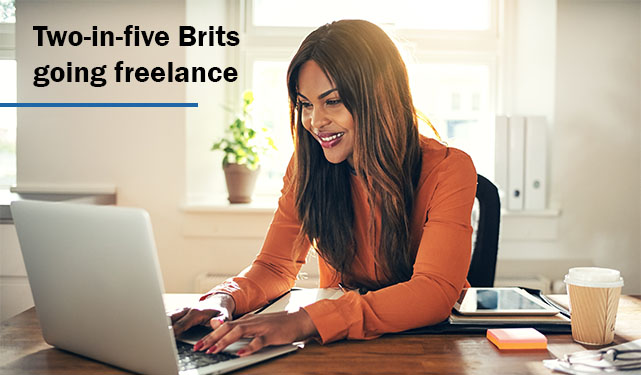 New research from the Association of Independent Professionals and the Self-Employed (IPSE) has revealed that almost 40% of British workers have considered becoming a freelancer.

Employees working in media, marketing, PR and sales were most likely to say they wanted to go freelance (57%), with construction a close second (47%). The figures also showed that men were more likely to go self-employed than women.

When asked about the motivation for a switch, the main responses were about flexibility and better work-life balance. Interestingly, only a third of employees said they thought they would earn more if they went it alone.

IPSE carried out the research as part of their celebration of National Freelancers Day on June 16th.

IPSE CEO Derek Cribb said: “After 11 years of continuous growth, the number of self-employed workers has fallen dramatically, decreasing by 800,000 individuals since 2019.

“While many commentators worried that numbers of self-employed workers might continue to fall post-pandemic, today’s research clearly shows that freelancing is back! Brits are still keen to pursue freelancing, with a significant number thinking about swapping their full-time job for the dynamism, freedom and creativity of self-employment.”

For those people who weren’t interested in self-employment there were a number of drawbacks to going freelance. The main barrier was a lack of a fixed regular income, followed by the lack of job security and not knowing where to start.

Miles Grady, Director of Umbrella.co.uk, said: “In the last few years we’ve seen massive shifts in how people want to work. It’s reassuring to see that so many full-time employees are still interested in self-employment.

“Self-employment can be very rewarding but we all know that it isn’t easy. I’d encourage every potential freelancer to think carefully about the challenges of self-employment and to find a model that works for them.”

For more information about Umbrella Accountants range of services for contractors and the self-employed, speak to a member of the team today. Call: 01625 544 460.