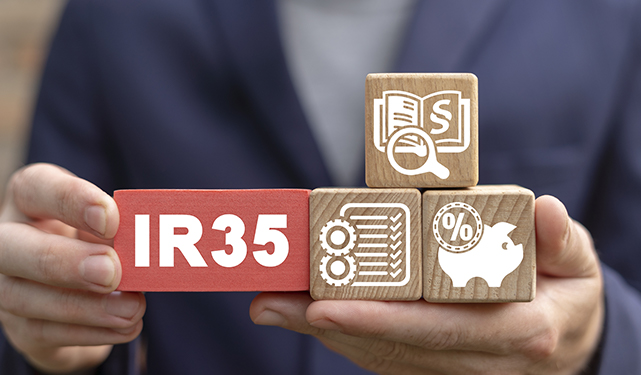 Following the introduction of new off-payroll working (IR35) rules in April, research suggests that around one-third of limited company contractors are currently working on ‘outside IR35’ contracts.

Separate studies from Qdos and inniAccountants concluded that around one-in-three (33% and 36% respectively) contractors have been able to retain or secure a new commercial contract.

According to the inniAccounts survey, which took place in March and April, 35% of contractors said that that they were either classed as ‘inside IR35’ or blocked from working through a personal service company (PSC).

A further three-in-ten (29%) said that they were out of contract or were waiting to receive a status determination. In future, these contractors could be judged as inside or outside IR35.

The results suggest that while some contractors can continue working through a PSC, many are getting caught by IR35 or being encouraged to use an intermediary like an umbrella company.

IR35 rules were updated in April 2021 so that private sector companies that use PSC contractors make employment status judgements. Previously it was up to the contractors to make these determinations.

‘Inside IR35’ contractors are forced to pay income tax and National Insurance contributions at the same level as company employees. However, as contractors, they do not receive any of the benefits that come with employment, such as holiday and sick pay entitlement.

This is one of the reasons why many ‘inside IR35’ contractors have switched to using an umbrella company in recent months. Umbrella company employees still pay taxes at the same level as employees, but they also get access to statutory employment benefits, as well as discounts and other bonuses.

Miles Grady, Director of Umbrella.co.uk, said: “Umbrella company working makes sense for most contractors that have been caught out by IR35 rules. Using an umbrella takes all the uncertainty away from this confusing rule change.

“Some contractors understandably want to hold out for an ‘outside IR35’ contract, but we’re seeing judgements come back as very role and sector specific. This means that if you have been judged ‘inside IR35’ by one company, there’s a high chance that other companies will judge you in the same way.”