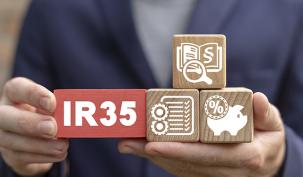 Following the introduction of new off-payroll working (IR35) rules in April, research suggests that around one-third of limited company contractors are currently working on ‘outside IR35’ contracts.

Separate studies from Qdos and inniAccountants concluded that around one-in-three (33% and 36% respectively) contractors have been able to retain or secure a new commercial contract.

According to the inniAccounts survey, which took place in March and April, 35% of contractors said that that they were either classed as ‘inside IR35’ or blocked from working through a personal service company (PSC).