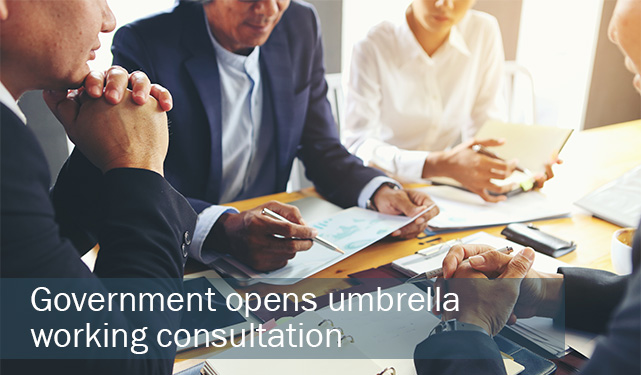 Contractors and agencies are being encouraged to share their views in a new consultation on umbrella working.

But a lack of industry regulation has resulted in the proliferation of tax avoidance schemes, worker exploitation and other examples of bad practice.

Through their consultation, the government is particularly keen to tackle the issue of disguised remuneration, which is thought to have increased significantly in 2021.

“This consultation, which is open to contractors, agencies and other key stakeholders, is a good opportunity to shape the future of umbrella employment.”

The rise of tax avoidance schemes

Recent IR35 rule changes mean that it’s easier and more profitable for many contractors to operate via umbrella companies, which aren’t subject to IR35 regulations.

Increased demand for umbrella schemes has led to an increase in the number of disguised remuneration schemes which attempt to dupe contractors.

These schemes often present themselves as umbrella schemes but use unlawful practices to pay contractors - like using loans in a way that’s not compliant.

Tax avoidance schemes often advertise higher rates of take-home pay and try to convince contractors by saying they are ‘HMRC-approved’. However, in most cases, the schemes are too good to be true and HMRC will seek to recover unpaid taxes from anyone that uses one.

HMRC says there are three main warning signs that might indicate that a scheme is engaged in tax avoidance. These are:

Conversely, one of the best ways to tell if an umbrella company is compliant is to look for a recognised accreditation.

For more information about the consultation, disguised remuneration or umbrella working, speak to a member of the team today. Call: 0800 121 6513.