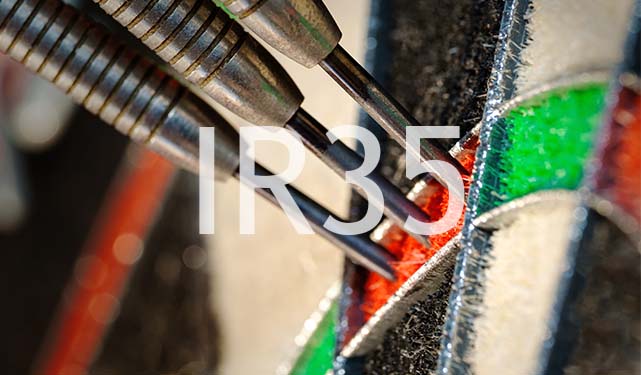 A court has ruled that former Sky Sports darts presenter Dave Clark owes HMRC more than £281,000 in tax after he lost an IR35 case appeal.

55-year-old Clark, who suffers with Parkinson’s disease, is the latest in a series of TV and radio personalities to find himself under investigation for suspected breaches of IR35 rules.

While some presenters have been successful in IR35 court cases, in this case a judge ruled that Mr Clark should have been paid as a Sky Sports employee, rather than through a personal service company and should have been taxed accordingly.

HMRC has brought IR35 challenges against a number of high-profile TV presenters and celebrities. The tax authority was successful in its pursuit of Eamonn Holmes, with a judge ordering him to pay £250,000 in back taxes.

However, HMRC has also lost a series of high-profile IR35 challenges against personalities including Lorraine Kelly and Kaye Adams.

These cases tended to swing on the issues of ‘mutuality of obligation’ and control. HMRC argues that if a client is obliged to offer work and a contractor is obliged to take it, then there is a mutuality of obligation. Similarly, if a client has a high degree of control over how and when the contractor works, then they are more likely to be ‘inside IR35’.

Miles Grady, Director of Umbrella.co.uk, said: “A growing number of IR35 tribunals reflect a crackdown on the issue from HMRC. But television and radio personalities are, in some ways, a special case when it comes to IR35.

“These workers tend to have a unique working arrangement that’s very different to that of a typical contractor.

“For many contractors, the biggest problem at the moment is finding a contract that’s been judged outside IR35 by the client. These are becoming increasingly rare, which is why so many contractors are choosing to umbrella companies instead.”

Umbrella employees pay the same taxes as contractors on inside IR35 contracts, but they don’t have to manage their own limited company and they can access some additional benefits.

For more information about working as an umbrella employee, speak to a member of the team today. Call: 0800 121 6513.