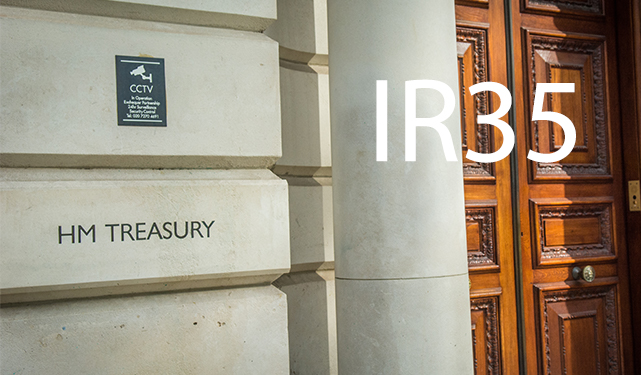 HMRC and the Treasury have published a weak response to a damning House of Lords committee report on off-payroll (IR35) working rules.

Industry commentators said that while the response acknowledged many of the issues facing limited company contractors, they failed to propose any proactive solutions.

HMRC’s Check Employment Status for Tax (CEST) tool was described as ‘not fit for purpose’ during the Lords inquiry. The Treasury report dismissed this criticism, saying simply that ‘the current CEST tool was rigorously tested against employment status case law.’

Miles Grady, Director of Umbrella.co.uk, said: “This is somewhat disingenuous from the Treasury. Some key IR35 cases have been settled against CEST rulings. One key problem with the checking tool is that it doesn’t test mutuality of obligation, which is a key determinant of whether someone is inside or outside IR35.”

The Lords report also raised concerns about companies using widespread blanket approaches to contractor determinations. Because companies want to avoid the tax risks involved in incorrect IR35 determinations, there is an incentive for them to deem all of their contractors as ‘inside IR35,’ which is unfair for contractors.

The report was critical of HMRC and their failure to educate businesses about how they should apply the rules.

In response, the government, said that all end-clients must take reasonable care when conducting status assessments. They said: “HMRC will consider whether there is any additional support that can be offered to ensure organisations approach status assessments correctly.”

Miles Grady commented: “This is another wishy-washy response from the government. The truth is that HMRC currently lacks the teeth to hold companies to account and there is little in the way of appeals process for aggrieved contractors.”

Contractors that are deemed ‘inside IR35’ will be taxed as if they are employees of a company, but they won’t receive the same employment benefits as employees. The 2017 Taylor Review of modern working practices suggested that this kind of ‘zero-rights employment’ should be avoided by aligning employment rights and employment taxes.

The government said that it ‘cannot delay’ in addressing this problem, but it has had some time to introduce changes and so far it hasn’t.

One solution for limited company contractors is to use an umbrella company instead. While umbrella contractors will pay the same level of tax as inside IR35 contractors, they will also benefit from certain employment benefits, like holiday and sick pay.

Why should I use a specialist broker to secure a mortgage when self-employed?
Demand for contractors soars in key sectors
Self-employed pension saving dips to record low
Is IR35 responsible for the UK’s HGV driver shortage?
How to go from sole trader to limited company contractor