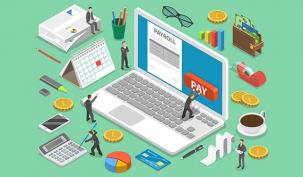 Yesterday we highlighted the key changes to the amounts of personal taxation and national insurance contractors will pay due to changes that come into force for the new tax year (started 6th April 2015).

One of the changes that dictates how much many contractors will pay themselves as wages when working through their own Personal Service Company (PSC) is that employees national insurance now starts at a lower amount than employers national insurance (but up from the £153 in the prior tax year).