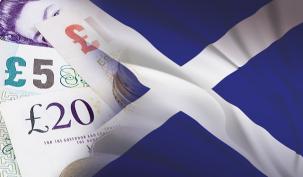 In the first Scottish budget since the country gained more wide-ranging power to control income tax, the SNP’s finance minister has announced plans that will put a squeeze on middle and higher income tax payers in the country.

The first Holyrood budget, announced earlier this month, includes plans for a £190 million raid higher earners that will see some contractors paying £300 more than their English counterparts.