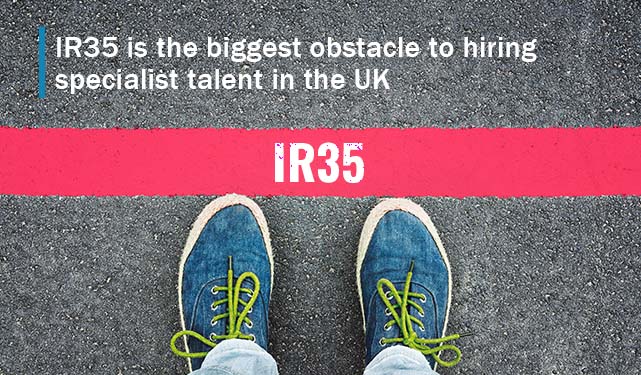 A year after IR35 reforms were introduced in the UK, a new report suggests that the changes are restricting access to specialist contractors.

Half of companies surveyed said that IR35 was the main obstacle to hiring contractors in the last 12 months, according to research carried out by Kingsbridge Contractor Insurance.

Researchers also found that 70% of businesses and recruiters have seen a reduction in their limited company contractor workforce.

IR35 changes also mean that 70% of contractors only look for roles that are ‘outside IR35’ despite almost 60% of available roles being ‘inside IR35’.

Getting stuck ‘inside IR35’ means that contractors pay the same rate of taxes as regular employees, but don’t enjoy any of the benefits that come with long-term employment.

This may be the reason why two-thirds of contractors said they won’t even consider an ‘inside IR35’ role.

“But there has been a 11 per cent drop in working contractors in the last twelve months.

“The complexities of IR35 and perceived risks are putting businesses off.”

Changes to IR35 rules can at least partially explain a sharp increase in the number of contractors using umbrella company services.

A HMRC consultation completed in December 2021 found that the number of umbrella contractors increased from 100,000 in 2008 to more than five times that number today.

For most contractors, using an umbrella company is preferable to working on an ‘inside IR35’ contract.

For more information about joining an umbrella company, speak to a member of the team today.