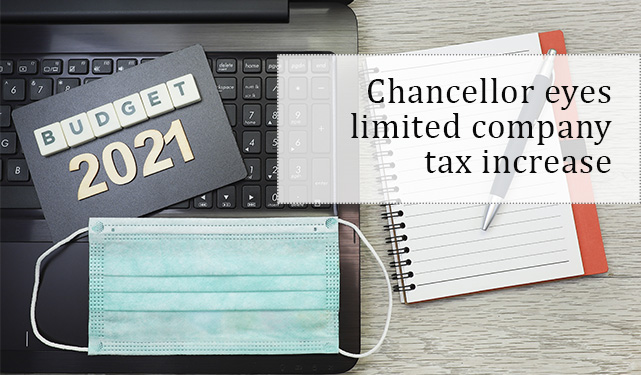 The Chancellor Rishi Sunak is thought to be considering a sharp increase in the rate of corporation tax, as the Treasury attempts to curb borrowing in the wake of the coronavirus pandemic.

Reports suggest that the tax, which is paid on the profits of limited companies, could gradually increase from 19% to as much as 25% by the end of the current parliamentary term.

While this rate would still be the lowest among G7 nations, it will cost businesses significantly more. Assuming everything else remains equal, a company that paid £10,000 in corporation tax at 19% would pay £13,000 at a 25% tax rate.

The Telegraph suggested that some small businesses may be excluded from the corporation tax increase with the re-introduction of a lower small profits rate for some firms.

The corporation tax increase has been met with a frosty reception in some quarters. A report from an influential group of MPs on the Treasury Select Committee warned the Chancellor that now is “not the time for tax rises,” as they could undermine the UK’s economic recovery from Covid.

The report did, however, acknowledge that tax rises may be needed at a later date.

Labour leader Sir Keir Starmer said that his party would oppose any new taxes on business, but his Shadow Chancellor took a more nuanced perspective.

Writing in the Guardian Anneliese Dodds said that Labour would not back an immediate hike in taxes on company profits, but was open-minded about future increases.

Miles Grady, Director of Umbrella.co.uk said: “An era of very low corporate taxes looks to be coming to an end. While we expect corporation tax to increase I would hope the Chancellor does it in a way that protects the smallest businesses.

“Any limited company contractors that are affected by this change should ask themselves whether using a personal service company is still worthwhile, especially if they are liable to be caught out by new IR35 restrictions.”

For more information on corporation tax, IR35 and alternatives to limited company contracting, speak to a member of the Umbrella.co.uk team today. Call: 0800 121 6513.

The Super Deduction Explained
Limited Company Contracting in 2021/22? Time for a Rethink
How to choose a compliant umbrella company
Budget 2021: End of the road for inside IR35 contractors
IR35 for tech contractors: What you need to know