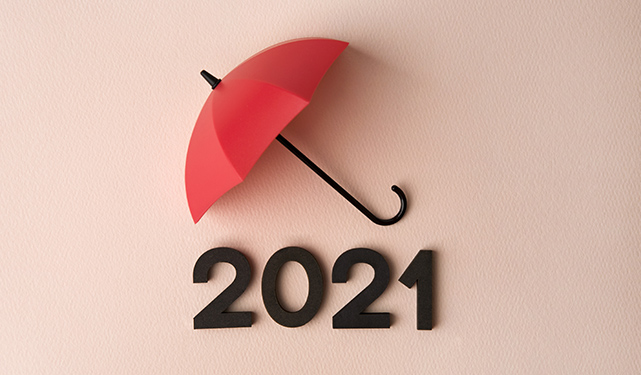 Challenges and opportunities for umbrella workers in 2021

Last year was a challenging year for almost everyone in the UK, including umbrella workers. Many of these challenges are likely to continue this year, but there will also be opportunities for umbrella workers to prosper in 2021.

In this article, we look at some of the most important challenges and opportunities facing umbrella workers this year.

The coronavirus pandemic touched almost every industry in one way or another, forcing millions into new ways of working.

For anyone that couldn’t work from home and anyone whose job was affected by reduced demand, the Coronavirus Job Retention Scheme (CJRS) was supposed to be there for support.

Unfortunately, the CJRS excluded many people and, at least initially, there was a good deal of confusion about whether umbrella workers could qualify for furlough payments. Eventually, the government updated their guidance meaning that these payments could be backdated.

Recently, the Chancellor announced that the CJRS would be extended until the end of April 2021, providing a much needed lifeline to umbrella workers that still can’t do their jobs. However, because recent iterations of the scheme require employers to pay National Insurance and pension contributions for furloughed employees, it means the CJRS is becoming increasingly unaffordable for companies.

This could result in higher rates of umbrella worker redundancy in 2021.

Changes to off-payroll working rules in the private sector

While they don’t impact umbrella workers directly, an important change to off-payroll working rules (IR35) makes one of the alternatives to umbrella working far less attractive.

IR35 rules are designed to combat so-called ‘disguised employment’ and they affect anyone that works through their own limited company. If you are classed as ‘inside IR35’ it means that you will be forced to pay income tax and National Insurance as if you are an employee.

In April 2021, the rules will change so that any medium or large-sized private company will become responsible for judging a contractors IR35 status. Previously this judgement was made by the contractor themselves.

Working through an umbrella company is seen as preferable to this, because although you will pay a similar level of tax, you will not incur some of the hassle and costs that come with running your own limited company. You will also benefit from certain benefits that come with employment.

As in every year, one of the biggest threats to umbrella workers in 2021 is getting suckered in by a disguised remuneration scheme masquerading as an umbrella company.

These unlawful tax avoidance schemes typically offer unusually high rates of take home pay to attract contractors, but they can have devastating personal implications when HMRC catches on.

Last year, HMRC highlighted the cases of several contractors that had been hoodwinked by illegal schemes. In one case, nurse Tanya was contracted through an agency that recommended she used an ‘umbrella company’ with the highest rate of take home pay.

When HMRC discovered the scheme and said that she still owed them tax, the umbrella scheme disappeared leaving Tanya to foot the bill.

IT project manager Duncan was also taken in by scammers. He conducted an online search to find the best umbrella scheme and was surprised when HMRC contacted him to say he owed more tax.

There are a number of warning signs that might indicate that a scheme is unlawful. These include: