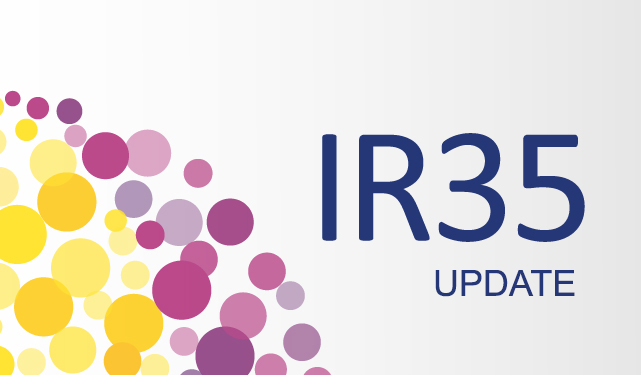 Update from the FCSA : Recent issues emerging out of off-payroll reforms.

Following concerns that umbrella companies might be affected by some ambiguity in the legislation emerging out of off-payroll reforms. HMRC and FCSA held a productive meeting yesterday to confirm that the new legislation was not designed to capture the relationship between umbrella companies and recruitment agencies.

“The FCSA CEO and Chair today had a very positive and constructive meeting with officials from HMRC regarding the recent issues emerging out of off-payroll reforms.

In short they accepted that there is a clear problem with the legislation as it currently stands, surrounding the definition of ‘intermediaries’ and the resulting impact on who is and isn’t required to make payroll deductions from payments moving through the supply chain.

HMRC has accepted that it was never an intention of the reforms to stop a compliant umbrella company from operating as it does today when the new rules come into effect.

HMRC will be working swiftly to address the issues and share our view that primary legislation via the Finance Bill is almost certainly the route to doing so. In the meantime they fully understand that the sector needs reassurance and as a result will be issuing a statement tomorrow to acknowledge the need to reassure the market and its contractors.

HMRC has also indicated that they are keen to progress any draft amendments to the legislations in consultation with the FCSA.

FCSA, on behalf of its members, is delighted that HMRC are treating this matter with urgency and we have come away with a very real sense of confidence that the matter will be resolved in advance of the IR35 changes next year”.

We will be updating our agency partners and contractors on any developments from these meetings with the HMRC.

Benefits of contracting vs permanent employment
CIS Workers: Get Your Refund Back Fast With Umbrella.co.uk
The Super Deduction Explained
Limited Company Contracting in 2021/22? Time for a Rethink
How to choose a compliant umbrella company