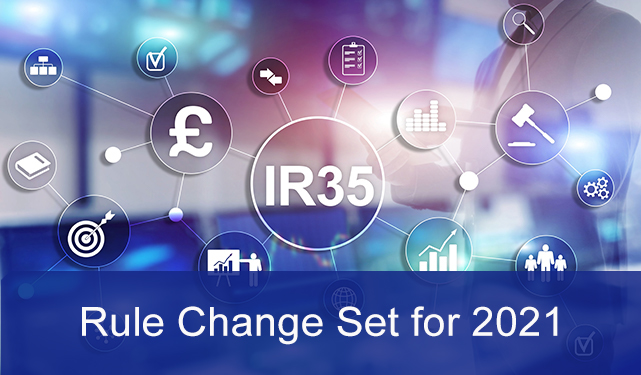 Controversial changes to off-payroll working (IR35) rules are set to come into force in April 2021, after MPs ignored a call to delay the changes until 2023.

Changes to the way IR35 rules are applied in the private sector were originally penned to take effect in April 2020, before pandemic-related uncertainty forced a stay of execution from lawmakers.

Conservative MP David Davis then introduced an amendment to the Finance Bill which would have seen these disastrous changes delayed until 2023/24.

Unfortunately for contractors and businesses using contractors, this amendment was voted down this week, meaning the IR35 changes are one step closer to being introduced in April 2021.

In their current form, the changes would see every medium and large private-sector business made responsible for judging a contractor’s tax status.

Campaigners argue that, because private sector employers want to avoid unnecessary compliance issues, more contractors will be miscategorised as ‘inside IR35’.

Many large organisations have already effectively banned the engagement of contract workers because of the extra regulatory burden.

Although contractors classed as ‘inside IR35’ pay income tax and National Insurance Contributions as if they are employees of a company, they are not entitled to the same benefits as employees.

The vote comes almost a month after a Lords select committee urged the government to ‘completely rethink’ IR35 in a damning report, which found that the changes were unfair to contractors and would put an unnecessary burden on British businesses.

HMRC’s IR35 support fell ‘well short’ of what was required, according to the Lords report, which also found that large and medium sized businesses were being asked to take responsibility for something that the taxman has struggled to enforce for 20 years.

Miles Grady, Director of Umbrella.co.uk, said: “The failure to add this amendment is just the latest in a long line of disappointments for contractors and anyone that’s affected by IR35.

“Politicians appear determined to push ahead with the reforms despite genuine concerns and severe warnings from inside and outside parliament. The government should be doing everything in its power to support businesses right now, not hampering them with stricter regulations after a serious crisis in business confidence.”