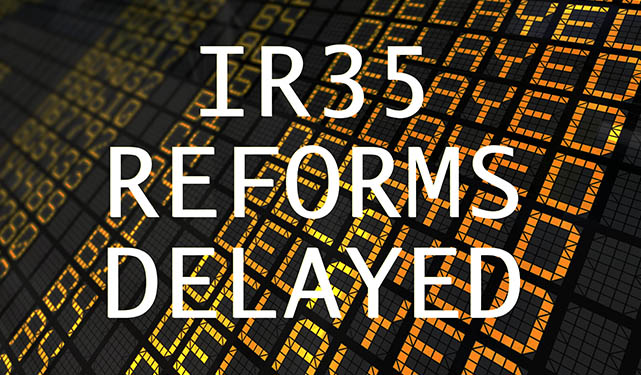 IR35 Reforms Delayed for One Year

The government has announced that changes to IR35 rules in the private sector will be pushed back by one year, due to disruption caused by the coronavirus.

Chief treasury secretary Steve Barclay confirmed that the rules, aimed at limited company contractors in ‘disguised employment’, would not go ahead in April as announced in the Budget.

Instead, the controversial reform will be delayed until 6 April 2021.

The delay is part of a broad package of measures announced by the Treasury to help insulate the economy from the effects of the coronavirus outbreak.

Steve Barclay confirmed the decision was “a deferral, not a cancellation, and the government remains committed to reintroducing this policy.”

Miles Grady, Director of Umbrella.co.uk, said: “Clearly, this delay makes sense when there is so much uncertainty in the economy. Unfortunately, it may have come too late for some contractors that have already refused or cancelled contracts due to the misguided reforms.

“If you are a contractor or a private business that employs contractors and you are unsure how to proceed, our team is still available to answer your important questions and offer advice.”