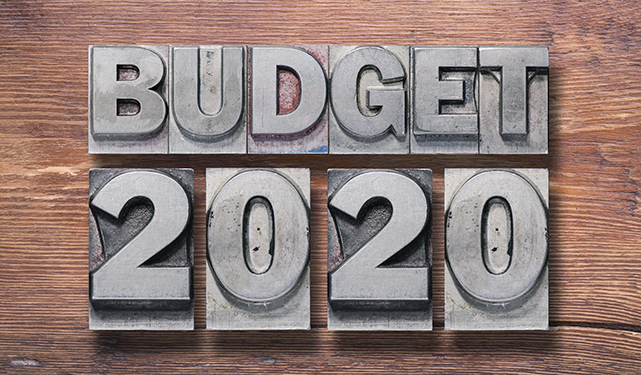 Contractors praying for a delay to IR35 changes in the private sector will be disappointed by the Chancellor’s budget statement yesterday, but there were several positives that we can take away as well.

Rishi Sunak, a young Chancellor who, up until last summer occupied a very junior government position, delivered his first budget statement this week, with a raft of important announcements for contractors and businesses.

Understandably given the circumstances, many of the announcements were made in response to the economic threat posed by the COVID 19 outbreak.

Along with other more typical elements of the budget, these reactionary policies will also affect contractors.

A package of support for small businesses will benefit contractors at a time of economic uncertainty. While the full economic impact of COVID 19 is difficult to predict, it is likely that it will affect some contractors’ ability to earn.

One key announcement means that some self-employed contractors will be able to access financial support if they become ill or have to self-isolate. This is important because, unlike employees, many contractors don’t have access to sick pay.

The Minimum Income Floor for Universal Credit has also been dropped for the immediate future. This means that contractors who are forced out of work by the coronavirus should find it easier to access this benefit.

The Chancellor also announced a new Business Interruption Loan Scheme that would give contractors access to money if they were having short-term cash flow issues.

This budget statement was the last big chance the government had to delay or cancel private sector IR35 reforms, due to take effect from April. As expected, and despite dire warnings from key stakeholders, the Chancellor chose not to act on this opportunity.

Entrepreneurs’ Relief (ER) is particularly important for some contractors. If they want to close down their limited companies because of the impact of IR35, ER helps them withdraw money in the most tax efficient way.

It was widely rumoured that the Chancellor was going to abolish this benefit, but instead he reduced the lifetime limit on eligible gains from £10m to £1m. It is estimated that this change will not affect 80% of those that access the relief.

The Chancellor confirmed that the threshold on employee National Insurance Contributions would increase to £9,500 per year. This should benefit limited company and umbrella contractors.

Initial speculation that Fuel Duty, which disproportionately impacts on contractors who travel widely, would rise was proved wrong as the Chancellor confirmed that it would remain frozen.

Contractors in construction and IT look set to benefit most from more than £600 billion of investment in large infrastructure projects. Large projects include new roads, tunnels and broadband infrastructure in rural areas.