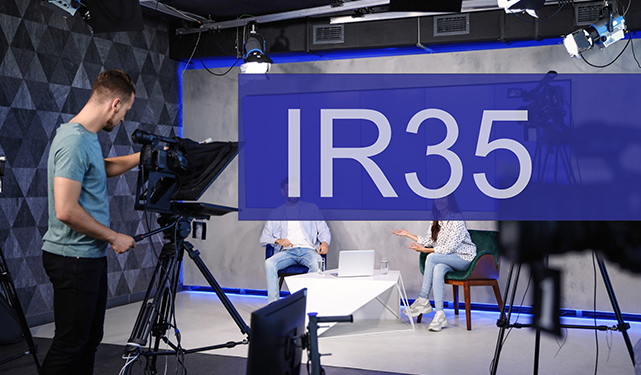 The veteran This Morning presenter enjoyed certain tax advantages because he was working as a contractor through a limited company.

However, after the taxman challenged his employment status in court, a judge ruled that the Holmes was effectively employed by ITV.

The parties haven’t yet agreed on the total tax that’s due, but the Daily Mail reports that it could be as much as £250,000.

Barring a late blockage by the new Chancellor, IR35 rules are set to become more strictly enforced in the private sector from April.

After the reforms, private sector organisations will be made responsible for judging a contractor’s IR35 status. This change is likely to result in more contractors being forced onto ‘inside IR35’ arrangements where they pay more in tax.

When judging a contractor’s employment status, a number of key factors need to be considered. One of the most important factors is the extent to which the client controls where, when and how a contractor completes their work.

In the Eamonn Holmes case, the TV star argued that he ‘controls’ the programme.

“I am my own creation, I am not anybody’s slave on This Morning,” he said during the hearing.

But Judge Harriet Morgan dismissed the argument that the star was self-employed, stating: “I consider that the overall picture is that the assumed relationships between him and ITV were ones of employment.”

A spokesperson for Holmes said: “Eamonn has always considered himself a self-employed freelancer and has never knowingly avoided paying taxes.”

“He is taking the time to understand the extensive document detailing the outcome.”

Christa Ackroyd, a former presenter on BBC Look North, is another TV personality that has been unsuccessful in an IR35 clash with HMRC.

However, Lorraine Kelly, who hosts the ‘Lorraine’ morning show that precedes This Morning on ITV, managed to avoid a £1.2m tax bill when she successfully argued that her on-screen persona was effectively a character that she was playing.

Rishi Sunak, who took over from ex-Chancellor Sajid Javid earlier this month, has vowed that any IR35 tax changes will not be ‘heavy handed’ after numerous industry bodies criticised the proposals. The new Chancellor is due to deliver his first Budget in March.