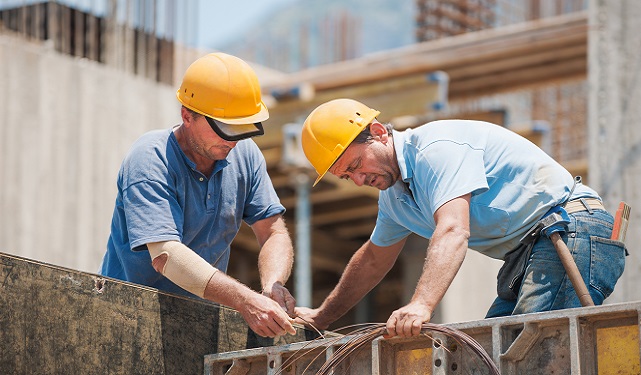 Skills shortages in IT and construction increase contractor pay outs

Skills shortages in the key industries of IT and construction are pushing up wages for contractors employed in these sectors.

CompTIA’s annual workforce survey of IT executives found that most were in a positive mood about the future, with 62% planning to increase investment in IT products and services.

But the survey also revealed a growing concern about skills shortages in key areas, particularly cybersecurity. Some 44% of the survey respondents said that demand was outstripping supply in key skills areas, notably cyber security and network management.
It is a similar story in construction.
As the construction industry continues to grow, there is a critical shortage of surveyors, bricklayers and other construction workers at the time when the country needs more houses and infrastructure.
A survey of the Royal Institute of Chartered Surveyors found that two thirds of surveyors think that a lack of skilled workers is a key factor limiting the building activity.
This has led to bumper pay increases for in demand contractors in these industries. Construction staff and property professionals received a large 2.7% increase on average – higher than the national average of 1.8% this year.
Some IT professionals saw their wages increase by 2.3%, but IT professionals involved in cybersecurity got a 10% pay bump according to figures from recruitment consultants Hays.
Shortages are more pronounced in certain parts of the country. London, for example is experiencing serious shortage of IT professionals.
In a report on hiring in the Capital, the Recruitment & Employment Confederation (REC) showed that six IT skills were scarce on a temporary basis, up from just one skill previously.
The skills shortages are in IT security, application support, digital, gaming, pen testers and GDPR.
REC Chief Executive Kevin Green said: “We simply do not have enough people for all the roles that are out there at the moment. And the number of vacancies is still getting higher…[so] employers are willing to pay higher starting wages to attract the right candidates.”
Miles Grady, Director of Umbrella.co.uk said: “Contractors and other temporary workers are well placed to take full advantage of short term skills shortages. Contractors with in-demand skills should re-evaluate their rates and make sure they are realising their true value".
For more information please visit www.umbrella.co.uk or email: team@umbrella.co.uk
Industry News