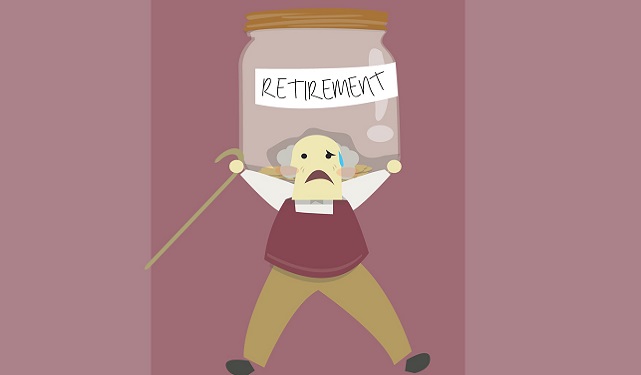 Three quarters of self-employed have no pension

While 73 per cent of self-employed people have no personal pension, just over half (51 per cent) of those who do, don’t know how much they have saved towards their retirement income.

The survey of 3,000 workers also showed that more than 90 per cent only contributed 10 per cent or less of their take home pay into their pension.

71 per cent of self-employed Britons reported that they had £200 or less to spend after meeting their basic living expenses and 63 per cent described themselves as ‘just about managing’ or worse.

As well as contributing less to their pensions, self-employed people were also likely to have started their pensions later than Brits in full-time employment.

More than a third (34 per cent) of self-employed respondents said that they didn’t start contributing to their pension until they were at least 36-years-old. This is three times the rate for full-time employees (11 per cent).

As well as facing low levels of income when they are retired, Britain’s self-employed community also seem to be at risk while they are in work.

Only five per cent of self-employed Brits said that they have critical illness cover even though 46 per cent have less than £1,000 in cash savings to fall back on, with no sick pay safety net.

Miles Grady, Director of Umbrella.co.uk said: “This survey is evidence of the continued squeeze of Britain’s self-employed workforce. While the number of contractors has rocketed in recent years, average self-employed income has dropped through the floor.

“Because disposable income is in such short supply for self-employed contractors, many are leaving it later to start their pensions and contributing less to the pot once it is set up. This will have a significant impact on their retirement and some self-employed people are at risk of working much longer than their friends in full-time employment.

“The Taylor Review of self-employment raised retirement provision as an area of concern. One proposal was to auto-enrol self-employed people onto the pension through HMRC’s self-assessment process.

“Although this proposal, which would see workers contribute four per cent of their income unless they opted out, would address some problems, the government could go further by urging employers to invest a percentage of the worker’s pay packet into their pension. This would incentivise the worker to stay invested in the pension scheme.”