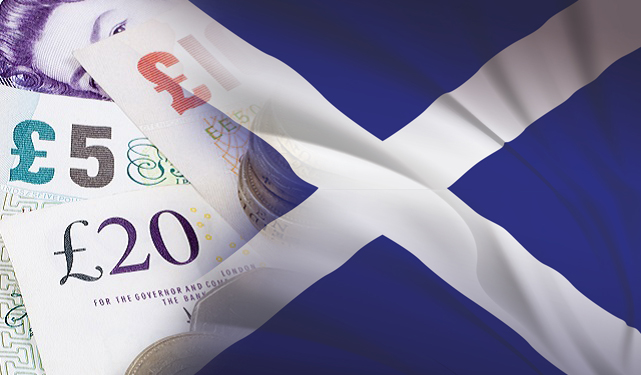 In the first Scottish budget since the country gained more wide-ranging power to control income tax, the SNP’s finance minister has announced plans that will put a squeeze on middle and higher income tax payers in the country.

The first Holyrood budget, announced earlier this month, includes plans for a £190 million raid higher earners that will see some contractors paying £300 more than their English counterparts.

Finance Minister Derek Mackay didn’t change any of the UK’s income tax rates or percentages. But he did refuse to follow through with the Chancellor’s plan for the rest of the UK that will see the 40p income tax rate threshold increase from £43,000 to £45,000 next year and £50,000 by the end of the decade.

Instead, the Scottish Finance Minister decided to increase the threshold in-line with inflation to £43,430.

The decision has been attacked from two sides. The Scottish Conservatives, who make up the largest opposition party, said it would make Scotland the highest-taxed part of the UK.

Scotland does not have the power to control tax on savings income and dividend income. These taxes will still be set in Westminster.

Analysts say that the move represents a ‘safe’ first step for Scotland towards a new tax system, suggesting that more substantial changes could follow in future years.

The Scottish Finance Manager seems to have shied away from bigger changes this time round. There was some pressure to increase the top rate of tax to 50 per cent.

This move was resisted in part because it is believed that some high-earning Scots would be tempted to move south of the border and many contractors and business owners would seek to incorporate their companies to become more tax efficient.

The SNP will have to play their hand carefully in coming months and years. The Scottish Conservatives are making gains in the Scottish Parliament thanks in a large part to their support for lower taxes. Meanwhile other parties like Labour, the Greens and the Lib Dems are hoovering up support on the left of centre.

This political balancing act will have significant consequences on the Scottish tax system.

For more information and advice please contact a member of the Umbrella.co.uk team. Call 0800 121 6513